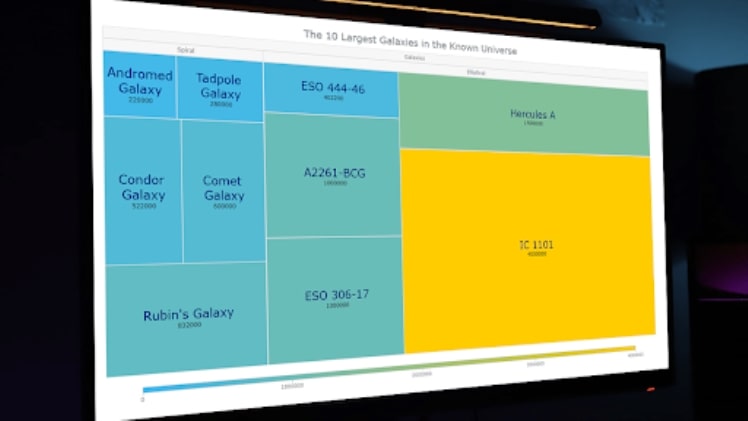 How to Choose the Best Sleepwear

Treemap charts are a type of graphic that is used to display hierarchical data in a space-efficient manner. They are often used to show relationships between different data points, as well as to visually illustrate how a particular data set is organized. These charts make it easy to see which category is the largest and which is the smallest. You can also see how the data is distributed within the different categories. Keep reading to learn more about treemap charts and how they can be used to your advantage.

What are treemap charts?

So, what is a treemap chart? A treemap chart is a graphical tool that uses nested rectangles to represent the hierarchical structure of data. The width and height of each rectangle are proportional to the value of the data it represents. Treemap charts can be used to display data at any level of detail, from individual items to aggregated totals. They are especially useful for displaying large amounts of data in a small space.

What are the benefits of treemap charts?

There are many benefits of treemap charts as they are a powerful data analysis tool. These graphs are very effective at displaying hierarchical data, displaying data size, and highlighting important data. Hierarchical data is data that is organized in a tree-like structure. For example, the list of countries in the world can be organized into a hierarchical structure by dividing it into continents, then into countries within each continent. Treemap charts are very effective at displaying hierarchical data. This is because they use nested rectangles to represent the hierarchy. The larger the rectangle, the greater the value. This makes it easy to see the relative size of each value and the hierarchy of the data.

Are there any limitations to using treemap charts?

Treemaps are a great way to show how much space is taken up by each item on a list. They can also be used to show how much each category contributes to the whole. This can be helpful for making decisions about how to allocate resources.

Why Business is Important

Examining BTC6X at a Closer Level

Newsfie.net © Copyright, All Rights Reserved, Powered By Rabbi It Firm